‘Overcoming Darkness of the World with Light from the Word’ 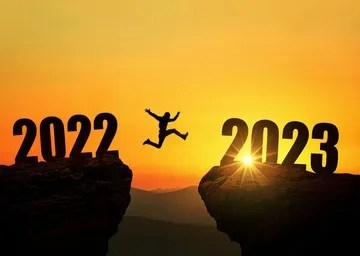 Welcome to BLCF Church’s Praise and Worship Service, on this, the last Sunday of 2015.

For the last month, we observed each of the Advent Services by lighting four Advent Candles, one on each Sunday, which respectively represent the hope, peace, joy, and love that our Savior’s nativity brings us.

Today we have a fifth candle, known as the Christ candle, which is lit to observe the nativity or birth of the Lord and Savior, Christ Jesus.

Many believe that the New Covenant, between God and humanity, began with the birth of the Lord in Bethlehem and ended with Christ’s death on the cross at Calvary.

This somewhat simplified view of our Lord is both inaccurate and incomplete. To begin with, the New Covenant was spoken by our Lord at the Passover Supper, which Christians commonly refer to as the Lord’s Supper or the Last Supper, which he broke bread and served wine to begin the institution or practice of the Communion between God and humanity. As part of this New Covenant, believers are instructed to regularly observe Communion until the day the Lord returns.

While it is true that our Savior’s death on the cross was the final blood sacrifice to atone for humanity’s sins, the oversimplified view that the Lord was born to die really misses other aspects of the Savior impact upon our lives.

A more complete assessment of Gospel of Christ could be given, as follows: 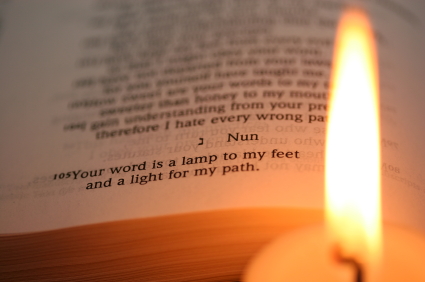 This light which came from God to shine in a world enveloped in the darkness of sin as described in Isaiah 9:2(ESV):

2 [a] The people who walked in darkness
have seen a great light;
those who dwelt in a land of deep darkness,
on them has light shone.

While we have the arrival of the Christ child alluded to by Isaiah, the physical light God provided at creation, described in Genesis 1:1-3 (ESV) was there at the time of creation:

The Creation of the World

3 And God said, “Let there be light,” and there was light.

The light we celebrate as Christians is not the physical illumination that comes from the sun, but the Spiritual light from the Word. When we say Word, we are not talking about the Bible, but Jesus, the Word made flesh. It was at his nativity or birth, that Jesus not only arrived as the Word made flesh, we see that the Nativity of Christ brought God to humanity, John 1:1-18 (ESV):

9 The true light, which gives light to everyone, was coming into the world. 10 He was in the world, and the world was made through him, yet the world did not know him. 11 He came to his own,[b] and his own people[c] did not receive him. 12 But to all who did receive him, who believed in his name, he gave the right to become children of God, 13 who were born, not of blood nor of the will of the flesh nor of the will of man, but of God.

14 And the Word became flesh and dwelt among us, and we have seen his glory, glory as of the only Son from the Father, full of grace and truth. 15 (John bore witness about him, and cried out, “This was he of whom I said, ‘He who comes after me ranks before me, because he was before me.’”) 16 For from his fullness we have all received, grace upon grace.[d] 17 For the law was given through Moses; grace and truth came through Jesus Christ. 18 No one has ever seen God; the only God,[e] who is at the Father’s side,[f] he has made him known.

While by Jesus’ birth, we see God coming to humanity, we see in the Crucifixion of Christ, we see the Way he brings humanity to God by removing the judgment for sin, John 12:44-50 (ESV):

Jesus Came to Save the World 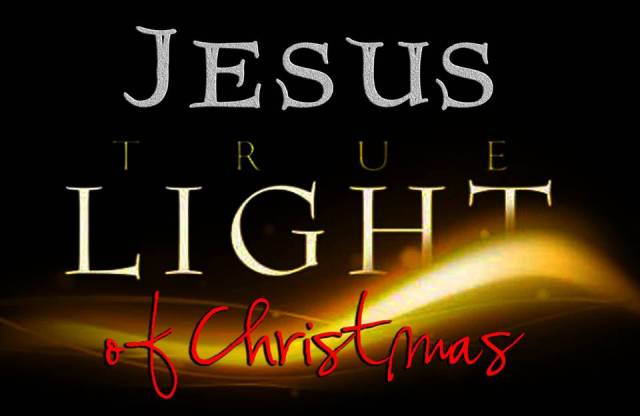 44 And Jesus cried out and said, “Whoever believes in me, believes not in me but in him who sent me. 45 And whoever sees me sees him who sent me. 46 I have come into the world as light, so that whoever believes in me may not remain in darkness. 47 If anyone hears my words and does not keep them, I do not judge him; for I did not come to judge the world but to save the world. 48 The one who rejects me and does not receive my words has a judge; the word that I have spoken will judge him on the last day. 49 For I have not spoken on my own authority, but the Father who sent me has himself given me a commandment—what to say and what to speak. 50 And I know that his commandment is eternal life. What I say, therefore, I say as the Father has told me.”

The Resurrection of Christ demonstrates the Lord’s glory as Jesus’ brings the promise of eternal life to humanity, 2 Peter 1:16-21 (ESV):

Christ’s Glory and the Prophetic Word

16 For we did not follow cleverly devised myths when we made known to you the power and coming of our Lord Jesus Christ, but we were eyewitnesses of his majesty. 17 For when he received honor and glory from God the Father, and the voice was borne to him by the Majestic Glory, “This is my beloved Son,[a] with whom I am well pleased,” 18 we ourselves heard this very voice borne from heaven, for we were with him on the holy mountain.

19 And we have the prophetic word more fully confirmed, to which you will do well to pay attention as to a lamp shining in a dark place, until the day dawns and the morning star rises in your hearts, 20 knowing this first of all, that no prophecy of Scripture comes from someone’s own interpretation. 21 For no prophecy was ever produced by the will of man, but men spoke from God as they were carried along by the Holy Spirit.

On the Day of Pentecost, Christ sends humanity the Comforter, which is God’s Holy Spirit, so that, as apostles or messengers of Christ’s Gospel, we empowered by the Spirit to shine the light of Christ throughout the word to the Glory of God,          Matthew 5:13-16 (ESV):

13 “You are the salt of the earth, but if salt has lost its taste, how shall its saltiness be restored? It is no longer good for anything except to be thrown out and trampled under people’s feet.

14 “You are the light of the world. A city set on a hill cannot be hidden. 15 Nor do people light a lamp and put it under a basket, but on a stand, and it gives light to all in the house. 16 In the same way, let your light shine before others, so that[a] they may see your good works and give glory to your Father who is in heaven.

Footnotes: a. Matthew 5:16 Or house. 16Let your light so shine before others that

In conclusion, Jesus, the Word, existed as part of the Godhead or Holy Trinity at the time of the Creation.

Sin brought a loss of Spiritual light upon humanity, causing us to fall into a state of darkness, devoid of the Spirit.

Jesus, the Word, came as the Son of God, the Word made flesh, in order to restore the Spiritual light upon humanity, by being a final sacrifice to atone for our sins.

We may celebrate Christ by observing the following:

The Nativity of Christ brought God to humanity.

The Crucifixion of Christ brings humanity to God.

The Resurrection of Christ brings the promise of eternal life to humanity.

On the Day of Pentecost, Christ sends humanity the Comforter, which is God’s Holy Spirit.

And that that the light of Jesus, the Word made flesh, shines to overcome the darkness of the world. A light that shines from all who believe in the Lord , by way of the Holy Spirit.