Bloor Lansdowne Christian Fellowship – BLCF Church and BLCF Café continue to remain closed effective March 16, 2020, and until further notice. Today we would like to share with you a Lesson in a virtual format. We pray after the advent of a COVID-19 vaccine and following the determination of Health Canada and other Health Authorities the danger of a pandemic has subsided, the Board of BLCF will be able to reopen worship and outreach activities without concern of infection to the vulnerable within our community. In the meantime, please enjoy the following lessons stay safe, and keep the faith. 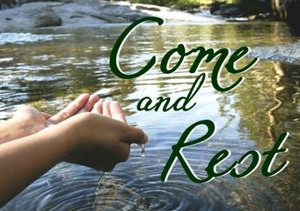 ‘Resting with the Lord and a Spirit that Surpasses All Understanding’ 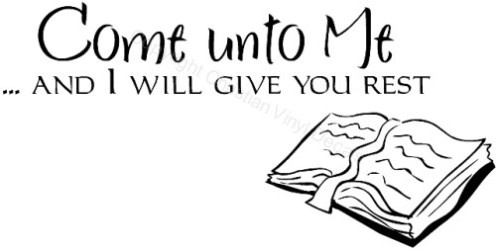 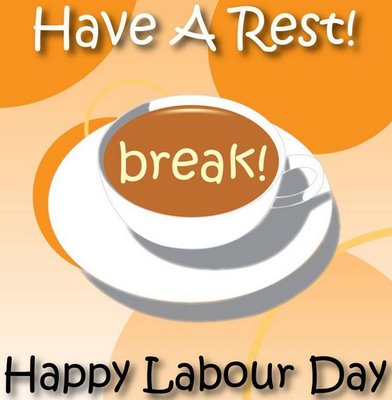 Welcome to Bloor Lansdowne Christian Fellowship, ministering the Gospel in the heart of Toronto, on this, the first Sunday of September 2021. A day that falls in the middle of the Labour Day Weekend, where most Canadians traditionally mark the end of  their summer vacations and a return to work and school.

For additional background on our Labor Day, let us check our Wikibits, from timeanddate.com: 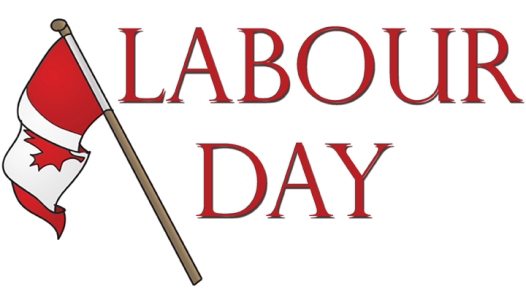 The origins of Labour Day can be traced back to April 15, 1872, when the Toronto Trades Assembly organized Canada’s first significant demonstration for worker’s rights. The aim of the demonstration was to release the 24 leaders of the Toronto Typographical Union who were imprisoned for striking to campaign for a nine-hour working day. At this time, trade unions were still illegal and striking was seen as a criminal conspiracy to disrupt trade. In spite of this, the Toronto Trades Assembly was already a significant organization and encouraged workers to form trade unions, mediated in disputes between employers and employees and signaled the mistreatment of workers.

There was enormous public support for the parade and the authorities could no longer deny the important role that the trade unions had to play in the emerging Canadian society. A few months later, a similar parade was organized in Ottawa and passed the house of Canada’s first Prime Minister, Sir John Macdonald. Later in the day, he appeared before the gathering and promised to repeal all Canadian laws against trade unions. This happened in the same year and eventually led to the founding of the Canadian Labour Congress in 1883.

Labour Day was originally celebrated in the spring but it was moved to the fall after 1894. A similar holiday, Labor Day is held on the same day in the United States of America. Canadian trade unions are proud that this holiday was inspired by their efforts to improve workers’ rights. Many countries have a holiday to celebrate workers’ rights on or around May 1.

For this morning’s message, I would like to talk about a different type of labour among the faithful, just prior to when Jesus gave the world his gift of salvation by way of his sacrifice for our sins on the cross. Before Calvary, sinners sought to be cleansed of their sins by sacrificial offerings at the temple and immersion in water, in an effort to be cleansed of their sins, as we read in following history from bible.ca:

When John the Baptist came to the deserts of Judea “preaching a baptism of repentance for the forgiveness of sins” he was met with great success. Matthew 3:5 says, “People went out to him from Jerusalem and all Judea and the whole region of the Jordan. Confessing their sins, they were baptized by him in the Jordan River.” Luke adds that crowds were coming out to be baptized by him. And, “When all the people were being baptized, Jesus was baptized too.” (Luke 3:7, 21).

The Jewish people to whom John’s ministry was directed were familiar with the concepts of repentance and forgiveness of sins (1 Kings 8:33-34; Isa 55:6, 7) even though complete forgiveness was not possible apart from the shed blood of Christ (Hebrews 9:15). But what about baptism? What familiarity did the Jews of the first century have with the practice of baptism? 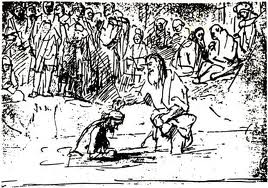 The New Testament clearly points out that the baptism of John was from God. It came from heaven (Matthew 21:25). It was administered for the spiritual purpose of proclaiming repentance and receiving forgiveness of sins (Mark 1:4). 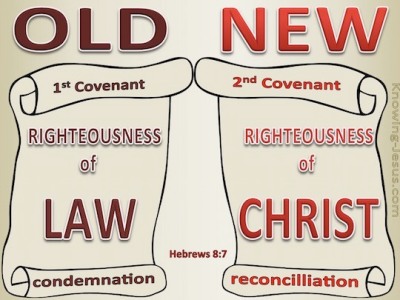 So prior to baptism of the Holt Spirit after Pentecost, Jews practiced the rituals of circumcision, sacrifice, and baptism in an effort to cleanse themselves of unrighteousness. As John the Baptist expressed the futility of these rituals in Matthew 3:11:

As believers in the Resurrected Christ, we know that our salvation comes as a gift from God, not from ritual works, so that we may not become prideful and boast. This brings us to our second set of Scripture verses found in Matthew 11.

You may recall the Baptism of Jesus account that we read from Matthew 3, verses 16-17, where God acknowledges his son, Jesus, saying:

16 And when Jesus was baptized, immediately he went up from the water, and behold, the heavens were opened to him, and he saw the Spirit of God descending like a dove and coming to rest on him; 17 and behold, a voice from heaven said, “This is my beloved Son, with whom I am well pleased.” 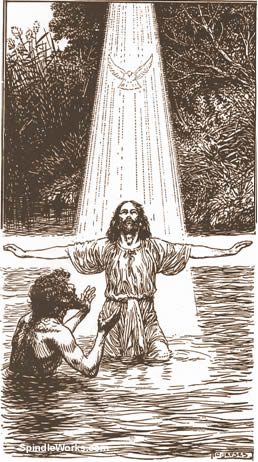 Even though God acknowledges Jesus as His son, John the Baptist, who is now in prison, sends messengers to the Lord asking if he is the Christ, Matthew 11:1-6 (ESV):

11 When Jesus had finished instructing his twelve disciples, he went on from there to teach and preach in their cities.

2 Now when John heard in prison about the deeds of the Christ, he sent word by his disciples 3 and said to him, “Are you the one who is to come, or shall we look for another?” 4 And Jesus answered them, “Go and tell John what you hear and see: 5 the blind receive their sight and the lame walk, lepers are cleansed and the deaf hear, and the dead are raised up, and the poor have good news preached to them. 6 And blessed is the one who is not offended by me.”

The next verses, Jesus speaks of how several cities have not responded to or accepted the good news and miracles of Jesus, as a Gospel from God, (Matthew 11:11-24):

11 Truly, I say to you, among those born of women there has arisen no one greater than John the Baptist. Yet the one who is least in the kingdom of heaven is greater than he. 12 From the days of John the Baptist until now the kingdom of heaven has suffered violence, and the violent take it by force. 13 For all the Prophets and the Law prophesied until John, 14 and if you are willing to accept it, he is Elijah who is to come. 15 He who has ears to hear, let him hear.

16 “But to what shall I compare this generation? It is like children sitting in the marketplaces and calling to their playmates, 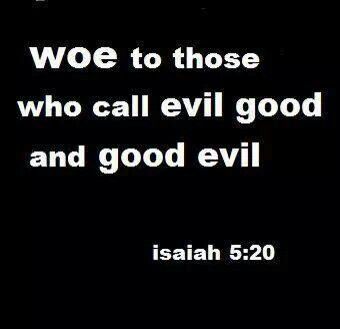 Salvation comes not by way of mighty works of the Lord, but by  way of repentance or a change in attitude and a desire to stop a life of sin, as expressed in the last part of this Scripture passage, (Matthew 11:25-30): 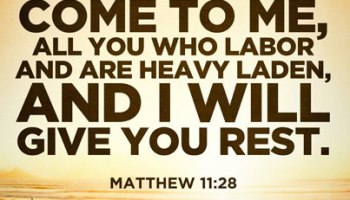 25 At that time Jesus declared, “I thank you, Father, Lord of heaven and earth, that you have hidden these things from the wise and understanding and revealed them to little children; 26 yes, Father, for such was your gracious will. 27 All things have been handed over to me by my Father, and no one knows the Son except the Father, and no one knows the Father except the Son and anyone to whom the Son chooses to reveal him. 28 Come to me, all who labor and are heavy laden, and I will give you rest. 29 Take my yoke upon you, and learn from me, for I am gentle and lowly in heart, and you will find rest for your souls. 30 For my yoke is easy, and my burden is light.”

What did the Lord mean by his comments, which were are couched in a prayer to the Father in Heaven, where he thanked the Father for revealing Himself and His Son, Jesus to children, but not to the wise? For the answer, let us look at Matthew 11:25-26 (ESV):

25 At that time Jesus declared, “I thank you, Father, Lord of heaven and earth, that you have hidden these things from the wise and understanding and revealed them to little children; 26 yes, Father, for such was your gracious will.

The answer to this question as to who is wise mentioned in Matthew 11:25, let us look to our next Scripture, Genesis 3:4-7 (ESV):

4 But the serpent said to the woman, “You will not surely die. 5 For God knows that when you eat of it your eyes will be opened, and you will be like God, knowing good and evil.” 6 So when the woman saw that the tree was good for food, and that it was a delight to the eyes, and that the tree was to be desired to make one wise, she took of its fruit and ate, and she also gave some to her husband who was with her, and he ate. 7 Then the eyes of both were opened, and they knew that they were naked. And they sewed fig leaves together and made themselves loincloths.

The problem of eating from the forbidden fruit from the tree of knowledge, which was desired to make one wise described in Genesis 3:6, is that resulted in a sin and separation from God.

Through Jesus, the judgment of sin has been removed from all who repent and approach God with the faith of a child and we are given rest from our futile toils made to remove sin’s stain. Hopefully, we have a better understanding of the rest from labour, as described in the Scripture verse written as banner along the wall behind me, Matthew 11:28 (ESV):

Come to me, all who labor and are heavy laden, and I will give you rest.

And by trusting Jesus, by repenting our sin and seeking God by faith, we receive the gift of the presence of God’s Holy Spirit, to comfort, console and guide us on the righteous way of the Lord. And by receiving the rest and peace of the Spirit, we may walk in a manner like that which God promised to Moses in Exodus 33:14 (ESV):

With our surrender to the Lord, we are gifted a rest in God’s Holy Spirit, as Jesus has taken upon himself the burden of our sins, giving us salvation as a free gift, and removing the burden of labouring in vain for our salvation. Living for God begins with resting in Him.

Closing Hymn # 373: All to Jesus I Surrender

And the peace of God, which surpasses all understanding, will guard your hearts and your minds in Christ Jesus. 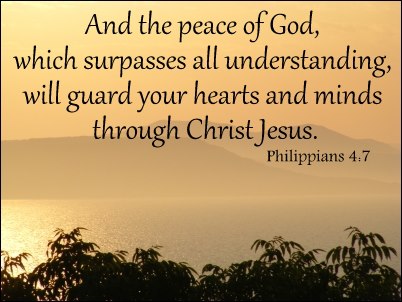 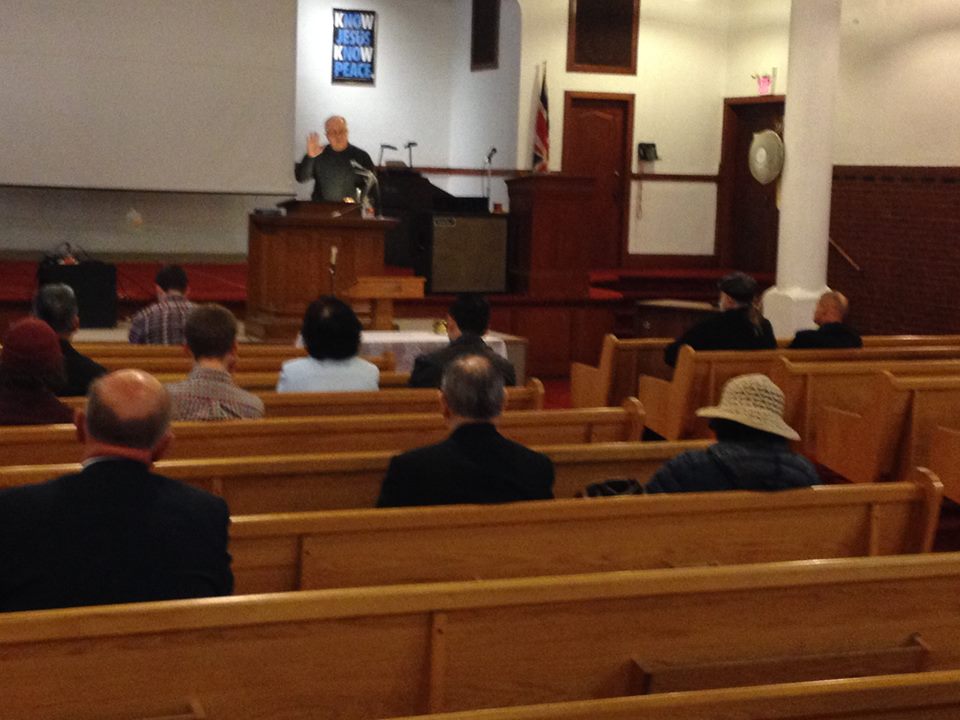