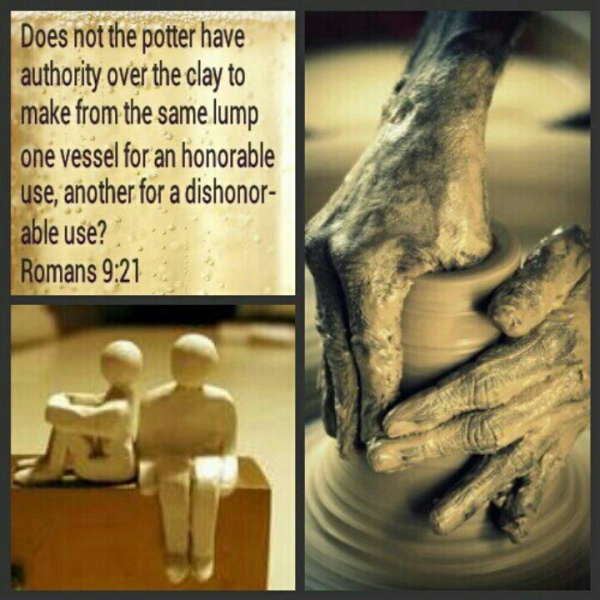 ’Jars of Clay – Transfigured by Our Lord’ 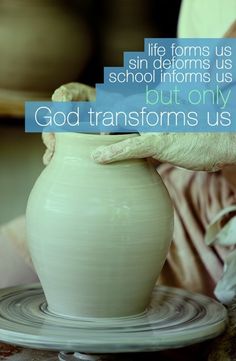 Message by Steve Mickelson:  ’Jars of Clay – Transfigured by Our Lord’

For our lesson last Sunday we examined the Christian Church’s observance known as the Epiphany, where our Lord performed the first of many miracles during his walk on earth, giving proof to his identity as the only Son of God.

As there is some disagreement among scholars as to which was the first miracle, Epiphany observes three of Jesus’ miracles: 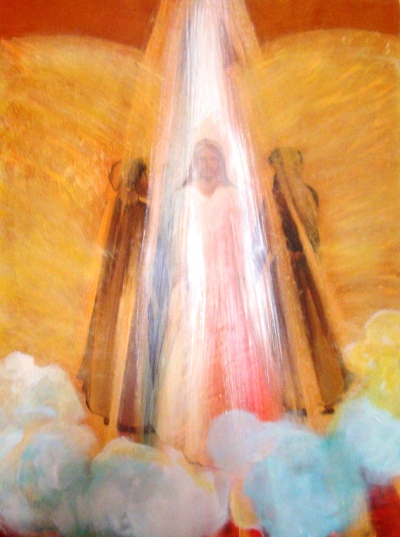 Regardless of when the Lord’s Transfiguration is celebrated, it is understood that the Bible has the timeline for Jesus climbed Mount Tabor occurring sometime between Epiphany and the beginning of Lent.

To better understand the reason why our Lord performed this miracle, we must understand that Jesus had a short time to teach the disciples of God’s plan for redemption which involved His Son.

Jesus’s Gospel involved God’s plan for redemption, sanctification, and resurrection for all who believe and receive His gift through Jesus. We get a good idea of under Whose authority Jesus’ works were made, as we read in John 5:19-29 (ESV):

The Authority of the Son

19 So Jesus said to them, “Truly, truly, I say to you, the Son can do nothing of his own accord, but only what he sees the Father doing. For whatever the Father[a] does, that the Son does likewise. 20 For the Father loves the Son and shows him all that he himself is doing. And greater works than these will he show him, so that you may marvel. 21 For as the Father raises the dead and gives them life, so also the Son gives life to whom he will. 22 For the Father judges no one, but has given all judgment to the Son, 23 that all may honor the Son, just as they honor the Father. Whoever does not honor the Son does not honor the Father who sent him. 24 Truly, truly, I say to you, whoever hears my word and believes him who sent me has eternal life. He does not come into judgment, but has passed from death to life.

25 “Truly, truly, I say to you, an hour is coming, and is now here, when the dead will hear the voice of the Son of God, and those who hear will live. 26 For as the Father has life in himself, so he has granted the Son also to have life in himself. 27 And he has given him authority to execute judgment, because he is the Son of Man. 28 Do not marvel at this, for an hour is coming when all who are in the tombs will hear his voice 29 and come out, those who have done good to the resurrection of life, and those who have done evil to the resurrection of judgment.

We see in John 5, that all humanity will face a Day of Judgment for their sins and only those who choose to accept that Christ died to pay for all sins, but only those who choose to accept our Lord’s sacrifice will be forgiven. These believers will receive God’s Holy Spirit, and promised a resurrection from death, just as Jesus was raised from the death, as we read in 1 Corinthians 15:35-49 (ESV):

42 So is it with the resurrection of the dead. What is sown is perishable; what is raised is imperishable. 43 It is sown in dishonor; it is raised in glory. It is sown in weakness; it is raised in power. 44 It is sown a natural body; it is raised a spiritual body. If there is a natural body, there is also a spiritual body. 45 Thus it is written, “The first man Adam became a living being”;[a] the last Adam became a life-giving spirit. 46 But it is not the spiritual that is first but the natural, and then the spiritual. 47 The first man was from the earth, a man of dust; the second man is from heaven. 48 As was the man of dust, so also are those who are of the dust, and as is the man of heaven, so also are those who are of heaven.49 Just as we have borne the image of the man of dust, we shall[b] also bear the image of the man of heaven.

The Resurrection described in 1 Corinthians 15 indicates that those who believe in Christ’s sacrifice and resurrection, will undergo a transfiguration from people who were made from clay, the dead now existing as earth or dust, into people transformed into spiritual beings.

To get some idea of the nature and appearance of the resurrected, let us look at the description of our Lord’s Transfiguration  found in Matthew 17:1-9 (ESV):

17 And after six days Jesus took with him Peter and James, and John his brother, and led them up a high mountain by themselves. 2 And he was transfigured before them, and his face shone like the sun, and his clothes became white as light. 3 And behold, there appeared to them Moses and Elijah, talking with him. 4 And Peter said to Jesus, “Lord, it is good that we are here. If you wish, I will make three tents here, one for you and one for Moses and one for Elijah.” 5 He was still speaking when, behold, a bright cloud overshadowed them, and a voice from the cloud said, “This is my beloved Son,[a] with whom I am well pleased; listen to him.” 6 When the disciples heard this, they fell on their faces and were terrified. 7 But Jesus came and touched them, saying, “Rise, and have no fear.” 8 And when they lifted up their eyes, they saw no one but Jesus only.

9 And as they were coming down the mountain, Jesus commanded them, “Tell no one the vision, until the Son of Man is raised from the dead.”

The disciples did not fully understand the full significance of Christ’s resurrection until after Jesus’ resurrection. And to receive fully the gift of our own resurrection, we must allow Christ to transform us, just as he transformed ordinary jars of water in the best wine at the wedding at Cana, as we see in 2 Corinthians 4:7-18 (ESV):

Treasure in Jars of Clay 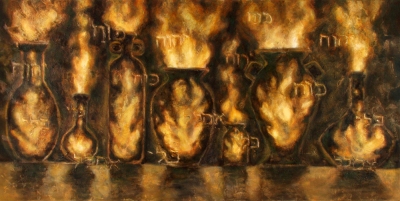 7 But we have this treasure in jars of clay, to show that the surpassing power belongs to God and not to us. 8 We are afflicted in every way, but not crushed; perplexed, but not driven to despair; 9 persecuted, but not forsaken; struck down, but not destroyed; 10 always carrying in the body the death of Jesus, so that the life of Jesus may also be manifested in our bodies. 11 For we who live are always being given over to death for Jesus’ sake, so that the life of Jesus also may be manifested in our mortal flesh. 12 So death is at work in us, but life in you.

13 Since we have the same spirit of faith according to what has been written, “I believed, and so I spoke,” we also believe, and so we also speak, 14 knowing that he who raised the Lord Jesus will raise us also with Jesus and bring us with you into his presence. 15 For it is all for your sake, so that as grace extends to more and more people it may increase thanksgiving, to the glory of God.

Some people believe that our bodies, made from the elements of the earth eventually age, wear down and when we die return to dust.

But Jesus tells us that all who have died will be raised from death on the Day of Judgment, which is the day returns. Depending on whether or not we have chosen to believe Christ’s Gospel and to follow the Way of the Lord, will determine what happens to us on that Judgment Day, Matthew 13:40-43 (ESV):

40 Just as the weeds are gathered and burned with fire, so will it be at the end of the age. 41 The Son of Man will send his angels, and they will gather out of his kingdom all causes of sin and all law-breakers, 42 and throw them into the fiery furnace. In that place there will be weeping and gnashing of teeth. 43 Then the righteous will shine like the sun in the kingdom of their Father. He who has ears, let him hear.

For our closing prayer, I would like to prayerfully recite the lyrics from our opening hymn, Amazing Grace.

Amazing grace! how sweet the sound,
That saved a wretch; like me!
I once was lost, but now am found,
Was blind, but now I see.

’Twas grace that taught my heart to fear,
And grace my fears relieved;
How precious did that grace appear
The hour I first believed!

The Lord hath promised good to me,
His word my hope secures;
He will my shield and portion be
As long as life endures.

When we’ve been there ten thousand years,
Bright shining as the sun,
We’ve no less days to sing God’s praise
Than when we first begun.

Closing Hymn #40: To God Be the Glory

Grace, mercy, and peace will be with us, from God the Father and from Jesus Christ the Father’s Son, in truth and love.