Welcome to BLCF’s Sunday morning Praise and Worship Service in the heart of Toronto.

Our Lesson today, ‘Meeting Jesus: Finding Rest by Heeding His Call’, continues on the subject of forgiveness from sin through Jesus. And with forgiveness comes rest or peace from the Lord, which falls in line with the with the Scripture found posted in the Church Sanctuary and on front of today’s bulletin “Know Jesus – Know Peace; No Jesus – No Peace”, which paraphrases the Scripture 2 Peter 1:2 (ESV): May grace and peace be multiplied to you in the knowledge of God and of Jesus our Lord. 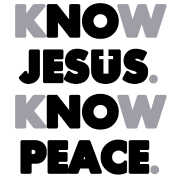 You may recall in last week’s lesson, we looked at how, on the night Jesus was arrested, Simon Peter sinned against the Lord on three separate occasions when he denied that he knew Jesus. Later, after his resurrection, Jesus asked Simon Peter three times whether he loved his Lord, which the disciple acknowledged each time. In his acknowledgement of his love for Jesus, Simon Peter was then forgiven and invited to follow the Lord.

So this begs the question: Is Paul’s forgiveness of his transgressions by Jesus an example of special dispensation towards his disciple or is the same dispensation available to all sinners? For an answer to this question, let us look at the first of today’s Scriptures, Matthew 11:25-30, titled as:

Come to Me, and I Will Give You Rest

25 At that time Jesus declared, “I thank you, Father, Lord of heaven and earth, that you have hidden these things from the wise and understanding and revealed them to little children; 26 yes, Father, for such was your gracious will.[a] 27 All things have been handed over to me by my Father, and no one knows the Son except the Father, and no one knows the Father except the Son and anyone to whom the Son chooses to reveal him. 28 Come to me, all who labor and are heavy laden, and I will give you rest. 29 Take my yoke upon you, and learn from me, for I am gentle and lowly in heart, and you will find rest for your souls. 30 For my yoke is easy, and my burden is light.”

Footnotes: a. Matthew 11:26 Or for so it pleased you well

In verse 38 of Matthew 11, Jesus offers rest to “all who labor and are heavy laden”.  When we see that all, you may ask is this rest from the Lord available to all disciples or anyone who may have sinned? The answer is found in our next Scripture passage, Luke 7:36-50, titled as:

36 One of the Pharisees asked him to eat with him, and he went into the Pharisee’s house and reclined at table. 37 And behold, a woman of the city, who was a sinner, when she learned that he was reclining at table in the Pharisee’s house, brought an alabaster flask of ointment, 38 and standing behind him at his feet, weeping, she began to wet his feet with her tears and wiped them with the hair of her head and kissed his feet and anointed them with the ointment. 39 Now when the Pharisee who had invited him saw this, he said to himself, “If this man were a prophet, he would have known who and what sort of woman this is who is touching him, for she is a sinner.” 40 And Jesus answering said to him, “Simon, I have something to say to you.” And he answered, “Say it, Teacher.”

41 “A certain moneylender had two debtors. One owed five hundred denarii, and the other fifty. 42 When they could not pay, he cancelled the debt of both. Now which of them will love him more?” 43 Simon answered, “The one, I suppose, for whom he cancelled the larger debt.” And he said to him, “You have judged rightly.” 44 Then turning toward the woman he said to Simon, “Do you see this woman? I entered your house; you gave me no water for my feet, but she has wet my feet with her tears and wiped them with her hair. 45 You gave me no kiss, but from the time I came in she has not ceased to kiss my feet. 46 You did not anoint my head with oil, but she has anointed my feet with ointment.47 Therefore I tell you, her sins, which are many, are forgiven—for she loved much. But he who is forgiven little, loves little.” 48 And he said to her, “Your sins are forgiven.” 49 Then those who were at table with him began to say among[a] themselves, “Who is this, who even forgives sins?” 50 And he said to the woman, “Your faith has saved you; go in peace.”

We see in Luke 7 that Jesus accepts an invitation to dine at the home of a Pharisee and that a woman, who is a sinner arrives, where she washes Jesus’ feet with her tears and dries them with her hair; kisses his feet and anoints his head with ointment. All of these actions should have been performed by the Pharisee as host for the meal. Instead of taking ownership for his own mistakes as host, Simon focuses on the fact that the woman was a sinner, likely a harlot, and that Jesus had allowed the woman to touch him. Jesus praises the woman’s actions while admonishes inactions of his host sounds very much like the comparison of the goats and sheep described in The Final Judgment in Matthew 25:31-46, which happens to be the Mission Statement that BLCF has adopted for the BLCF Café Community Dinner.

Jesus then tells the Parable of the Two Debtors, after which he gets his host to acknowledge that if both debtors are forgiven their debts, the one whose debt is ten times greater would be more appreciative. In the same regard, the woman whose greater sins are forgiven would be able to not only receive salvation from the Lord, but his peace as well.

We see that forgiveness is available to disciples and sinners, but what about those who are viewed not to be a member of the faith? Jesus gives us a clue to the answer in John 12:20-26, titled as:

20 Now among those who went up to worship at the feast were some Greeks. 21 So these came to Philip, who was from Bethsaida in Galilee, and asked him, “Sir, we wish to see Jesus.” 22 Philip went and told Andrew; Andrew and Philip went and told Jesus. 23 And Jesus answered them, “The hour has come for the Son of Man to be glorified. 24 Truly, truly, I say to you, unless a grain of wheat falls into the earth and dies, it remains alone; but if it dies, it bears much fruit. 25 Whoever loves his life loses it, and whoever hates his life in this world will keep it for eternal life. 26 If anyone serves me, he must follow me; and where I am, there will my servant be also. If anyone serves me, the Father will honor him.

In verse 26 of John 12, we see that anyone who serves Jesus will be honored by the Father in heaven.

So far in today’s lesson, we see that salvation is available to all, regardless of whether they are disciples, sinners, or gentiles. This brings us to the final question: What do we do about the sin of a brother or sister and is there a limit to how many times a person can be forgiven? Our answer comes from today’s next Scripture passage, which is Matthew 18:21-35, titled as:

The Parable of the Unforgiving Servant

21 Then Peter came up and said to him, “Lord, how often will my brother sin against me, and I forgive him? As many as seven times?” 22 Jesus said to him, “I do not say to you seven times, but seventy-seven times.

23 “Therefore the kingdom of heaven may be compared to a king who wished to settle accounts with his servants.[a] 24 When he began to settle, one was brought to him who owed him ten thousand talents.[b]25 And since he could not pay, his master ordered him to be sold, with his wife and children and all that he had, and payment to be made. 26 So the servant[c] fell on his knees, imploring him, ‘Have patience with me, and I will pay you everything.’ 27 And out of pity for him, the master of that servant released him and forgave him the debt. 28 But when that same servant went out, he found one of his fellow servants who owed him a hundred denarii,[d] and seizing him, he began to choke him, saying, ‘Pay what you owe.’ 29 So his fellow servant fell down and pleaded with him, ‘Have patience with me, and I will pay you.’ 30 He refused and went and put him in prison until he should pay the debt.31 When his fellow servants saw what had taken place, they were greatly distressed, and they went and reported to their master all that had taken place. 32 Then his master summoned him and said to him, ‘You wicked servant! I forgave you all that debt because you pleaded with me. 33 And should not you have had mercy on your fellow servant, as I had mercy on you?’ 34 And in anger his master delivered him to the jailers,[e] until he should pay all his debt. 35 So also my heavenly Father will do to every one of you, if you do not forgive your brother from your heart.”

When Peter asks Jesus how many times he must forgive a brother’s sins, the Lord replies seventy-seven, which is an unlimited number for that time. After all, Jesus forgave Peter three times for committing the same sin over and over again.

But what happens if Christian claims to love God, but refuses to forgive the sin(s) of a brother or sister? The answer comes from our final Scripture passage, 1 John 4:20 (ESV):

20 If anyone says, “I love God,” and hates his brother, he is a liar; for he who does not love his brother whom he has seen cannot[a] love God whom he has not seen.

Footnotes: a.1 John 4:20 Some manuscripts how can he

If a Christian refuses to forgive the transgression of a brother or sister is a hypocrite and should not expect God to forgive them. This is an expensive price to pay for the self-indulgence of keeping a grudge and not forgiving a sin. 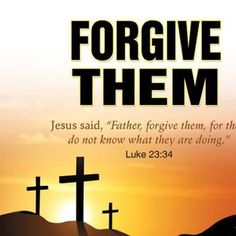 Closing Hymn #509: Is Your Life a Channel of Blessing?

Benediction – (1 Peter 5:10): And after you have suffered a little while, the God of all grace, who has called you to his eternal glory in Christ, will himself restore, confirm, strengthen, and establish you.