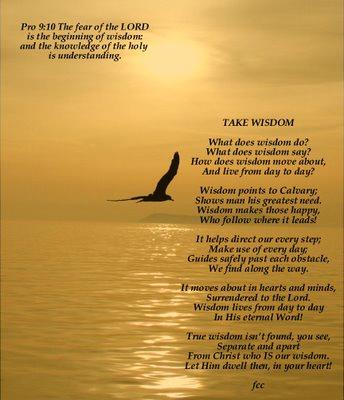 ‘Ministers of God’s New Covenant, Sufficient by Way of the Spirit’

Today is Sunday May 24, 2015, which according to scholars of the Bible is Pentecost Sunday. So it is not difficult to understand that our lesson today at Bloor Lansdowne Christian Fellowship is on the subject of Pentecost.

From Wikipedia, the free encyclopedia 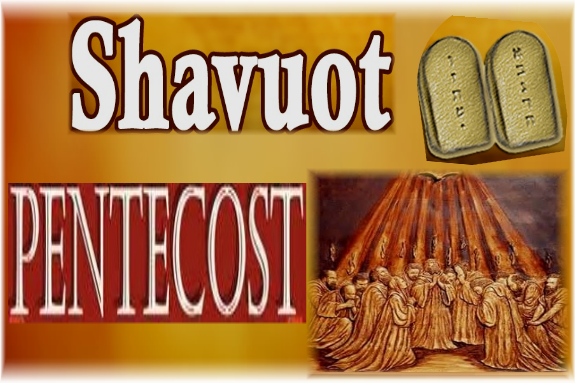 Pentecost (Ancient Greek: Πεντηκοστή [ἡμέρα], Pentēkostē [hēmera], “the fiftieth [day]”) is the Greek name for Shavuot, the Feast of Weeks, a prominent feast in the calendar of ancient Israel celebrating the giving of the Law on Sinai. This feast is still celebrated in Judaism as Shavuot. Later, in the Christian liturgical year, it became a feast commemorating the descent of the Holy Spirit upon the Apostles and other followers of Jesus Christ (120 in all), as described in the Acts of the Apostles 2:1–31.[1] For this reason, Pentecost is sometimes described by some Christians today as the “Birthday of the Church”.

In the Eastern church, Pentecost can also refer to the whole fifty (50) days between Easter and Pentecost, hence the book containing the liturgical texts for Paschaltide is called the Pentecostarion. The feast is also called White Sunday, or Whitsunday, especially in England, where the following Monday was traditionally a public holiday. Pentecost is celebrated fifty days (i.e. 49 days with the first day counted, seven weeks) after Easter Sunday, hence its name.[2] Pentecost falls on the tenth day after Ascension Thursday (which falls 40 days after Easter).

Perhaps a shorter definition would be, that for Christians, Pentecost is the day upon which the Lord Jesus sent to those believers in the Resurrected Christ the Holy Spirit. The arrival of the Spirit also is generally considered to be the moment that the Christian Church was born.

Before the advent of Jesus, the Word Made Flesh, who: died on the cross for all the sins of humanity, was resurrected from the grave, and then ascended back into heaven, humanity had to rely solely upon God’s Laws which were given to Moses, along with His Covenant under those Laws, as we see in Deuteronomy 4:32-40 (ESV):

The Lord Alone Is God

32 “For ask now of the days that are past, which were before you, since the day that God created man on the earth, and ask from one end of heaven to the other, whether such a great thing as this has ever happened or was ever heard of. 33 Did any people ever hear the voice of a god speaking out of the midst of the fire, as you have heard, and still live? 34 Or has any god ever attempted to go and take a nation for himself from the midst of another nation, by trials, by signs, by wonders, and by war, by a mighty hand and an outstretched arm, and by great deeds of terror, all of which the Lord your God did for you in Egypt before your eyes? 35 To you it was shown, that you might know that the Lord is God; there is no other besides him. 36 Out of heaven he let you hear his voice, that he might discipline you. And on earth he let you see his great fire, and you heard his words out of the midst of the fire. 37 And because he loved your fathers and chose their offspring after them[a] and brought you out of Egypt with his own presence, by his great power, 38 driving out before you nations greater and mightier than you, to bring you in, to give you their land for an inheritance, as it is this day, 39 know therefore today, and lay it to your heart, that the Lord is God in heaven above and on the earth beneath; there is no other. 40 Therefore you shall keep his statutes and his commandments, which I command you today, that it may go well with you and with your children after you, and that you may prolong your days in the land that the Lord your God is giving you for all time.”

Footnotes: a. Deuteronomy 4:37 Hebrew his offspring after him

4 Such is the confidence that we have through Christ toward God. 5 Not that we are sufficient in ourselves to claim anything as coming from us, but our sufficiency is from God, 6 who has made us sufficient to be ministers of a new covenant, not of the letter but of the Spirit. For the letter kills, but the Spirit gives life.

God’s Old Covenant included a judgement and death for sin or transgressions against any of God’s Commandments which were written laws that no one could hope to keep. If a person violated a law under the Old Covenant, they were expected to bring a sacrifice, usually a lamb or dove, to the Temple Priest. Every time a sin was committed, a sacrifice had to be made. If a person committed a sin and did not make to the temple to offer a sacrifice, say they died before getting to the temple, then they would be considered in violation of the Law which brings the judgment of death.

Then there is the possibility of violating a Commandment in a manner that seems unintentional. Breaking any of the ten without confession and sacrifice brings the same judgment of death.

The Tenth Commandment is: “Thou should not covet.”  Now take the case of parent who wants to provide the best for his or her children. We all want to provide for their needs. After all, children deserve the best that we as parents are able to provide. That is what I wanted for mine. But suppose my son or daughter wants something that is the latest, greatest and most popular item. After all, everybody, all of their friends and peers want it; desire it; covet it. So by purchasing such an item, are we not in danger of facilitating covetous behaviour? We may rationalize the “keeping up with the Jones” as not violating God’s Law, just as Adam and Eve ate forbidden fruit because it was “appealing to the eye” and would “give God’s knowledge of good and evil”, which are aspects that they coveted.  Regardless of the rational, if we covet, we sin. And if we sin, under the law, we die. So it is under the Covenant of the Law.

Jesus came to establish a New Covenant, a Covenant of the Spirit, which is also a Covenant of Life. Christ was the last and final sacrifice. It is no longer necessary to bring sacrifices to the temple’s high priest. Through the Lord, we are forgiven of our transgressions, sanctified, under the new Covenant. After he ascended to Heaven, Jesus sent to all believers the Holy Spirit to bring understanding to our testimony of the Gospel to whomever we witness. It is not by our ability, but by the power of the Spirit that a non-believer becomes convicted in faith.

The New Covenant from God was of Salvation and Life, by faith in Jesus Christ, Acts 1:1-5 (ESV):

The Promise of the Holy Spirit

1 In the first book, O Theophilus, I have dealt with all that Jesus began to do and teach, 2 until the day when he was taken up, after he had given commands through the Holy Spirit to the apostles whom he had chosen. 3 He presented himself alive to them after his suffering by many proofs, appearing to them during forty days and speaking about the kingdom of God.

4 And while staying[a] with them he ordered them not to depart from Jerusalem, but to wait for the promise of the Father, which, he said, “you heard from me; 5 for John baptized with water, but you will be baptized with[b] the Holy Spirit not many days from now.”

The description of the arrival of the Holy Spirit to the believers in Christ is found in Acts 2:1-13 (ESV):

The Coming of the Holy Spirit 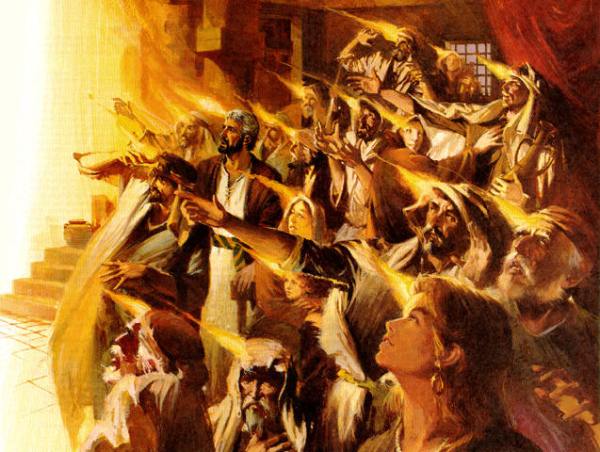 2 When the day of Pentecost arrived, they were all together in one place. 2 And suddenly there came from heaven a sound like a mighty rushing wind, and it filled the entire house where they were sitting. 3 And divided tongues as of fire appeared to them and rested[a] on each one of them. 4 And they were all filled with the Holy Spirit and began to speak in other tongues as the Spirit gave them utterance.

5 Now there were dwelling in Jerusalem Jews, devout men from every nation under heaven. 6 And at this sound the multitude came together, and they were bewildered, because each one was hearing them speak in his own language. 7 And they were amazed and astonished, saying, “Are not all these who are speaking Galileans? 8 And how is it that we hear, each of us in his own native language? 9 Parthians and Medes and Elamites and residents of Mesopotamia, Judea and Cappadocia, Pontus and Asia, 10 Phrygia and Pamphylia, Egypt and the parts of Libya belonging to Cyrene, and visitors from Rome, 11 both Jews and proselytes, Cretans and Arabians—we hear them telling in our own tongues the mighty works of God.” 12 And all were amazed and perplexed, saying to one another, “What does this mean?” 13 But others mocking said, “They are filled with new wine.”

Footnotes: a. Acts 2:3 Or And tongues as of fire appeared to them, distributed among them, and rested

It is not surprising that some of those non-believers who observed the behavior of the disciples’ of Christ, who through the Great Commission had become Apostles or Messengers of Jesus, misunderstood what they observed when the Spirit arrived. For the spectators were wise in the world, not the Spirit, 1 Corinthians 2:11-16 (ESV):

Wisdom from the Spirit

11 For who knows a person’s thoughts except the spirit of that person, which is in him? So also no one comprehends the thoughts of God except the Spirit of God. 12 Now we have received not the spirit of the world, but the Spirit who is from God, that we might understand the things freely given us by God. 13 And we impart this in words not taught by human wisdom but taught by the Spirit, interpreting spiritual truths to those who are spiritual.[a]

14 The natural person does not accept the things of the Spirit of God, for they are folly to him, and he is not able to understand them because they are spiritually discerned. 15 The spiritual person judges all things, but is himself to be judged by no one. 16 “For who has understood the mind of the Lord so as to instruct him?” But we have the mind of Christ.

Closing Hymn #225: Standing on the Promises

Benediction – (2 Corinthians 13:14):  The grace of the Lord Jesus Christ and the love of God and the fellowship of the Holy Spirit be with you all.