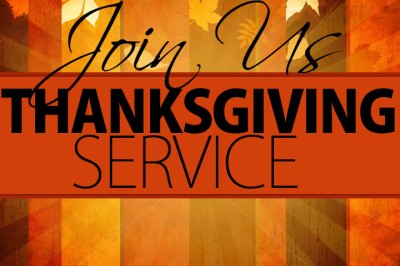 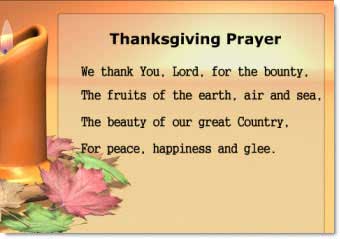 Good morning and welcome to Bloor Lansdowne Christian Fellowship’s  Sunday Praise and Worship Service, on this Thanksgiving Sunday. I would like to ask the congregation what is the definition of “thanksgiving”?

For those who have not already read the definition posted in this morning’s bulletin, you may be surprised to find to that dictionary.com, (as well as other dictionaries), define it as follows:

We find a historical account of the origin of Thanksgiving in Canada on the site, thecanadianencyclopedia.ca:

Origins and History of Thanksgiving in Canada

Indigenous peoples in North America have a history of holding communal feasts in celebration of the fall harvest that predates the arrival of European settlers. The Smithsonian Institute has noted that some First Nations “sought to ensure a good harvest with dances and rituals.” The European settlers brought with them a similar tradition of harvest celebrations (for which the symbol was the cornucopia or horn of plenty), which dates back to European peasant societies.

The first Thanksgiving by Europeans in North America was held by Sir Martin Frobisher and his crew in the Eastern Arctic in 1578. They ate a meal of salt beef, biscuits and mushy peas to celebrate and give thanks for their safe arrival in Newfoundland. They celebrated Communion and formally expressed their thanks through the ship’s Chaplain, Robert Wolfall, who, according to explorer Richard Collinson, “made unto them a godly sermon, exhorting them especially to be thankefull to God for theyr strange and miraculous deliverance in those so dangerous places [sic].”

In 1606, in an attempt to prevent the kind of scurvy epidemic that had decimated the settlement at Île Ste. Croix in the winter of 1604–05, Samuel de Champlain founded a series of rotating feasts at Port Royal called the Ordre de Bon Temps (“Order of Good Cheer”). Local Mi’kmaq families were also invited. The first feast was held on 14 November 1606 to celebrate the return of Jean de Biencourt de Poutrincourt from an expedition. Having attended the festivities, Marc Lescarbot remarked that they consisted of “a feast, a discharge of musketry, and as much noise as could be made by some fifty men, joined by a few Indians, whose families served as spectators.”

Shopeasefoods.com  helps answer the question, “Did Canada invent Thanksgiving?” with the following:

Thanksgiving in Canada originated purely as a harvest festival. On Jan 31, 1957 Canadian parliament proclaimed a day of general thanksgiving to the almighty God for the bountiful harvest Canada has been blessed with and was to be observed on the 2nd Monday in October. English Explorer Martin Frobisher hosted the first Thanksgiving held in what is now Newfoundland in 1578 to mark their safe arrival to the new world.

The first American Thanksgiving was celebrated 43 years later in 1621 at the site of Plymouth Plantation in Massachusetts. They thanked God and the Wampano for teaching them how to grow crops that enabled them to have a plentiful harvest in time for winter.

This brings us to our lesson today, entitled: ‘Thanksgiving: Watchword of Christian Faith, Salvation, and Worship’, where the definition of watchword is a guiding principle, a word, or phrase expressing a person’s or group’s core aim or belief.

It is interesting to see that Thanksgiving, (or giving thanks to God), is a key component of our faith, salvation, and our worship of the Lord. Let us look at our first Scripture verse, which also just happens to be today’s Benediction – Colossians 3:15-17 (ESV): 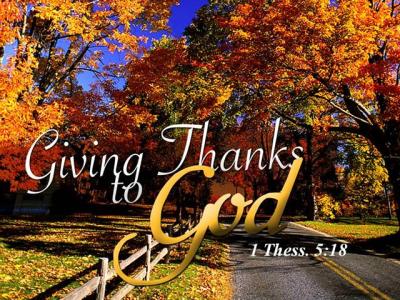 15And let the peace of Christ rule in your hearts, to which indeed you were called in one body. 16And be thankful. Let the word of Christ dwell in you richly, teaching and admonishing one another in all wisdom, singing psalms and hymns and spiritual songs, with thankfulness in your hearts to God. 17And whatever you do, in word or deed, do everything in the name of the Lord Jesus, giving thanks to God the Father through him.

In addition to having each verse begin with the conjunction “And”, we are encouraged to be thankful that we have been “called” to Christ, having been gifted with the Holy Spirit, who has been sent to dwell within us to teach and admonish one another in all wisdom, and to encourage us to worship God, singing psalms, hymns, and spiritual songs –how: with thankfulness in our hearts.

We see that we are exhorted to be thankful for our faith or belief that Jesus died for our sins and promises us life eternal, but we are urged to not just worship God with songs of  thanks and gratitude, we are called on  to do everything in word or deed in the name of the Lord Jesus, giving thanks to God the Father through Christ.

There are two important reasons why we are encouraged to continuously offer our thanks to God.

The first is gratitude for our faith’s reward from God, which are His grace and blessings, as we read in our next Scripture passage, Psalm 67 (ESV):

Make Your Face Shine Upon Us

To the choirmaster: with stringed instruments. A Psalm. A Song.

6 The earth has yielded its increase;
God, our God, shall bless us.
7 God shall bless us;
let all the ends of the earth fear him!

The second reason for us to continue to express thanksgiving is giving thanks to God affirms the sincerity of our faith and our gratitude all God’s creation which is sanctified by His word and by prayer. Come judgement day, the Lord will separated true believers from the non-believers, by how we conduct ourselves in our faith practices and our testimony, both must demonstrate a sincere gratitude to God for all that He gives us in reward for our faith, as we read in the Scripture passage from 1 Timothy 4:1-10 (ESV):

Some Will Depart from the Faith

4 Now the Spirit expressly says that in later times some will depart from the faith by devoting themselves to deceitful spirits and teachings of demons, 2 through the insincerity of liars whose consciences are seared,3 who forbid marriage and require abstinence from foods that God created to be received with thanksgiving by those who believe and know the truth. 4 For everything created by God is good, and nothing is to be rejected if it is received with thanksgiving, 5 for it is made holy by the word of God and prayer.

A Good Servant of Christ Jesus

6 If you put these things before the brothers and sisters, you will be a good servant of Christ Jesus, being trained in the words of the faith and of the good doctrine that you have followed. 7 Have nothing to do with irreverent, silly myths. Rather train yourself for godliness; 8 for while bodily training is of some value, godliness is of value in every way, as it holds promise for the present life and also for the life to come. 9 The saying is trustworthy and deserving of full acceptance. 10 For to this end we toil and strive,[a] because we have our hope set on the living God, who is the Savior of all people, especially of those who believe.

Footnotes: a. Some manuscripts and suffer reproach

This passage comes with the warning that the only way to truly honour the gifts given us from God, including salvation through His Son, Jesus, is to thank Him for that He gives. What God offers us is made holy by His word. (made flesh in Christ Jesus), and can only be received when we acknowledge it by our expression of thanksgiving in our actions and inwardly in our prayers.

Closing Hymn #526: God of Our Fathers

And let the peace of Christ rule in your hearts, to which indeed you were called in one body. And be thankful. Let the word of Christ dwell in you richly, teaching and admonishing one another in all wisdom, singing psalms and hymns and spiritual songs, with thankfulness in your hearts to God. And whatever you do, in word or deed, do everything in the name of the Lord Jesus, giving thanks to God the Father through him.