Opening Hymn #412: Just When I Need Him Jesus Is Near; Choruses

Good morning and welcome to Bloor Lansdowne Christian Fellowship, where on this glorious Sunday morning, we mark the beginning of Advent. We signify Advents arrival by lighting the first of four Advent candles. Our lesson today, entitled: ‘Anticipating the Hope, Peace, Joy and Love in Christ – First Advent Sunday: Hope’, where we begin by understanding the significance of the events described in the Bible, which combine to cover the arrival of people, things, and events that comprise what we refer today as Advent.

First, let us look at some definition of terms regarding Advent. For this we shall check our Wikibits:

o the first season of the Christian church year, leading up to Christmas and including the four preceding Sundays.
noun: Advent

The Advent season marks the beginning of the Christian year in western Christianity. Its length varies from 22 to 28 days, beginning on the Sunday nearest St Andrew’s Day and encompassing the next three Sundays, ending on Christmas Day. St Andrew was born in Bethesda on the shores of the Sea of Galilee and was the younger brother of St Peter. Both he and his brother became disciples of Jesus. He is said to have died bound to an “X” shaped cross at Patras in Achea in Greece. This shape is now reflected in the Scottish flag, known as the Saltire. St Andrew has been recognized as the patron saint of Scotland since at least the ninth century. St Andrew’s Day falls on November 30, according to many Christian churches. St Andrew’s Day is a bank holiday in Scotland. However, the bank holiday falls on Monday, December 1 or 2 if November 30 is a Saturday or Sunday.

The church year begins in September 1 in many eastern Christian churches, so Advent starts at a different time to when it starts in the western churches. The eastern equivalent of Advent is called the Nativity Fast, which runs for 40 days.
Background

It is uncertain as to when exactly the celebration of Advent was first introduced in the Christian church. Some sources say that Advent began on November 11 (St Martin’s Day) at some time in the fifth century in the form of a six-week fast leading to Christmas. Advent was reduced to its current length at some stage in the sixth century and the fasting was later no longer observed. Advent is originally a time to reflect and prepare for Christmas similarly to how Lent is in preparation for Easter. Advent has sometimes been referred to as the Winter Lent. In recent times the restrictions that Advent brings to Christians have become more relaxed. 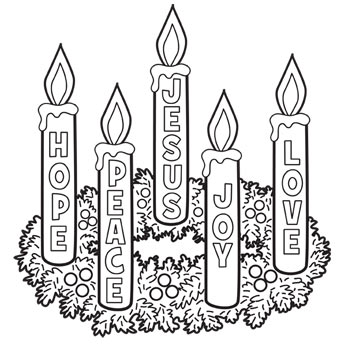 Purple is historically the main color used for Advent because it reflects penitence, fasting, and the color of royalty to welcome the Advent of the king (Jesus Christ). The focus of the entire season is the celebration of the birth of Jesus the Christ in his first Advent, and the anticipation of the return of Christ the King in his second Advent. Some churches use other colors in recent times. For example, some churches mark the third Sunday of Advent with pink or rose, colors that represent joy. Many Protestant churches use blue to distinguish the Season of Advent from Lent.

Advent wreaths are symbolic of Advent in some countries. They are usually made of fir and decorated with gold and silver ribbons or scarlet woolen threads. Lit wreaths may be displayed on the table where family and friends sit while singing carols and preparing handmade gifts.

We have in our first Scripture Verse, Isaiah 11:1-10 (ESV), the prophecy of the Advent of the arrival of the “shoot from the stump of Jesse”, a descendant of Jesse, the father of King David:

The Righteous Reign of the Branch

11 There shall come forth a shoot from the stump of Jesse,
and a branch from his roots shall bear fruit.
2 And the Spirit of the LORD shall rest upon him,
the Spirit of wisdom and understanding,
the Spirit of counsel and might,
the Spirit of knowledge and the fear of the LORD.
3 And his delight shall be in the fear of the LORD.
He shall not judge by what his eyes see,
or decide disputes by what his ears hear,
4 but with righteousness he shall judge the poor,
and decide with equity for the meek of the earth;
and he shall strike the earth with the rod of his mouth,
and with the breath of his lips he shall kill the wicked.
5 Righteousness shall be the belt of his waist,
and faithfulness the belt of his loins.
6 The wolf shall dwell with the lamb,
and the leopard shall lie down with the young goat,
and the calf and the lion and the fattened calf together;
and a little child shall lead them.
7 The cow and the bear shall graze;
their young shall lie down together;
and the lion shall eat straw like the ox.
8 The nursing child shall play over the hole of the cobra,
and the weaned child shall put his hand on the adder’s den.
9 They shall not hurt or destroy
in all my holy mountain;
for the earth shall be full of the knowledge of the LORD
as the waters cover the sea.
10 In that day the root of Jesse, who shall stand as a signal for the peoples —of him shall the nations inquire, and his resting place shall be glorious.

Our second Scripture Verse, Jeremiah 33:14-16 (ESV), where the Lord describes the prophecy in terms of the Advent of fulfilment of His Eternal Covenant:

The LORD’s Eternal Covenant with David 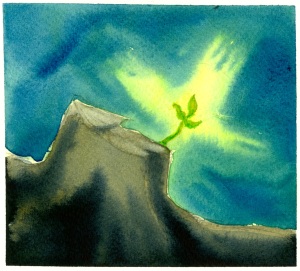 14 “Behold, the days are coming, declares the LORD, when I will fulfill the promise I made to the house of Israel and the house of Judah. 15 In those days and at that time I will cause a righteous Branch to spring up for David, and he shall execute justice and righteousness in the land. 16 In those days Judah will be saved, and Jerusalem will dwell securely. And this is the name by which it will be called: ‘The LORD is our righteousness.’

And in our third Scripture, Romans 15:12 (ESV), the Apostle Paul, indicates the significance for believers today, and for all generations, of the Advent of Christ:

12 And again Isaiah says,
“The root of Jesse will come,
even he who arises to rule the Gentiles;
in him will the Gentiles hope.”

We find that in Advent, not just the anticipation of the birth of Christ, and the “Good News” that our Lord brought to humanity: salvation by way of the cross, sanctification through the Holy Spirit, and the hope in the promise of eternal life.
Advent describes the events of the arrival of travelers: a nation of Chose People, to a Chose Land, to receive a Chosen or Anointed Saviour. In their travels, the people travel in and out of bondage, to Egypt, the wilderness, and to land that was promised.

We also see the arrival of the Magi or Wise Men, who reveal that Christ’s arrived was significant to the Gentiles, as well as to the people of Israel.

Benediction – (Romans 15:13): May the God of hope fill you with all joy and peace in believing, so that by the power of the Holy Spirit you may abound in hope.